“When did it leave the restaurant?”

“Can you call the driver?”

“I don’t know which service picked it up.” Then, when I say nothing, “It should be there sometime soon.”

The overworked employee at Late Night Thai and Sushi offers this tepid reassurance in response to my stomach-grumbling question about the whereabouts of my delivery order.  I’ve placed thousands (yes, thousands.) of orders online, but I’ve never had a restaurant tell me that they literally have no way of knowing the where, when, or even the who of the delivery.

The food is in between its origin and destination. Neither the restaurant, the delivery company, nor the customer has any idea if it’s going to make it to its destination.

My pad thai is in a black hole of “it-should-be-there-soon” unaccountability. It has fallen through the cracks. 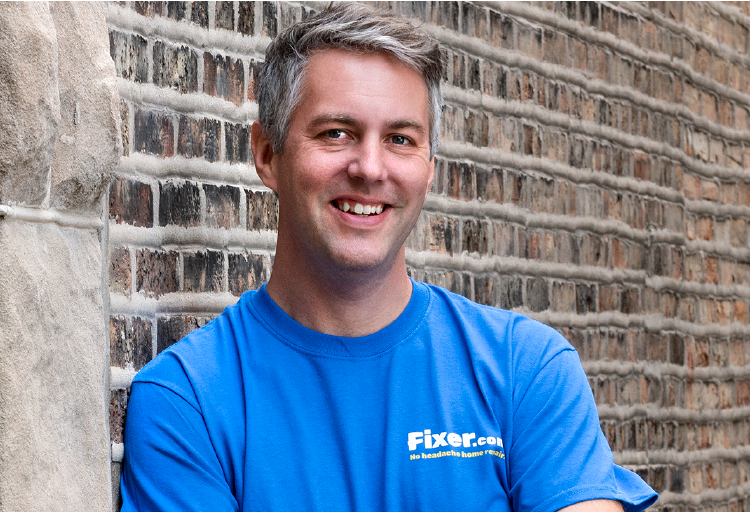 The problem with should

Should — that’s the essential nature of the gig economy.

The ‘tasker’ should know how to assemble the furniture.

The food should get delivered.

The driver should be making ends meet.

The passenger should be safe.

If there’s a single fatal characteristic of the gig economy it’s this: the abandonment of responsibility. The company, the gig employee, and the customer are all separated by an unbridgeable gap of “not-my-problem.”

The company benefits with fast growth. Huge savings can be realized by moving away from providing benefits.  Even more so, the headache of humans isn’t a problem.  They’re late, and their cars don’t start, and they get sick.  The company doesn’t need armies of HR staff and tomes of policy to deal with the messiness of it all.

…But the company suffers as well. They can still tell the contractor what to do, and when to do it. But they have no say in the how of their worker’s activity.  Best practices can’t be shared.  Great workers have no incentive to stick around.  Neither party is motivated to go the extra mile. Nothing improves.

The employee benefits with control of their time.  And this is no small benefit. Especially for employees who have commitments or challenges that keep them from a typical 9-5 work day. On a purely per-hour basis, they get paid more.  And these things are great when things are going well.

But if the pay rates of the gig economy still create a subsistence living standard, there’s no margin for when shit hits the fan.  (And shit always hits the fan.) When pay rates are at subsistence level, no one is saving for their emergencies (never mind for retirement), no one is protected by health insurance, or workman’s comp, or anything else. The other shoe is going to drop for all of us, and our mothers and fathers, and siblings and children.  The gig economy gambles the necessity of now against the inevitability of the future.  In our rush to embrace it, we abandon the structures that have built a safety net for millions of employees. And it’s going to suck – both personally and corporately – in a few years when this bites us all in the ass.

The customer benefits with convenience and innovation. It is awesome that everything comes to me where I am. I love that there are hundreds of startups figuring out how to turn my phone into a remote control for food, cars, dog walkers, drones, and probably frickin’ spaceships.  Who wouldn’t?

But we trade convenience for consistency, safety, and reliability. The very nature of the contractor relationship resists standardization. I’m a 6’2 guy, and I’m not too worried about safety when I get in an Uber. But the gig economy disproportionately puts at-risk communities at even more risk. And the adoption of these services at scale cripples the public transportation and systems that serve those least able to pay for and most exposed to exploitation.

I love innovation. And I love what the gig economy has done for innovation.  The gig economy is a great way to start and prove out business models. That’s because creating these companies is FAST.  But, abandoning commitment has become the new get-rich-quick scheme, and fast rarely beats best.

So, we need a new way… or really, an old way: with employees.

From “not my problem” to “we got you”

Hiring employees is better than contracting a gig economy worker, if for no other reason than how. Companies can tell employees how to do their work, and the best-performing companies listen to their employees’ feedback in turn.  (Not perfectly, but far more than happens in the mercenary camp of the gig economy.)

So, a group of us got together to give it a try.

We came from different walks of life: a few handypeople who could fix anything, some of the early creators of GrubHub, a social worker, and a factory manager.

We created something different — an answer to the headlong rush towards gigs.

Fixer.com is an on-demand handyperson service that utilizes full-time employees.

It is the essence of a handyperson to take responsibility.  When we’re really knocking it out of the park, this is the hallmark of the business.  A customer comes to us with anxiety, and we take it from them. We learn what’s on their mind and we problem-solve a solution. Then – and this is the key part – we see the thing through to completion.

There’s no way to do this in a gig economy that abandons how.

How means investing in people.

How means taking the time to do things right.

How means listening when we get things wrong.

It takes bruised thumbs, and tired shoulders, and raw fingers.

It takes, in a word, commitment.

The idea of turning our backs on the gig economy has confused a lot of people: press, investors, customers.  Somehow, in an extraordinarily short time frame, the entirety of the startup and business worlds have come to assume that the gig economy is the default way to run a business.

Several people have told us that we’re crazy to launch a business aiming to employ tens of thousands of full-time employees.  But frankly, we just don’t see any other way.

If that’s crazy, so be it. We’re committed.

Labor Rights are retracting under the Gig Economy

This article suggests that research is lagging behind innovation, but early indicators are that gig economy jobs, and particularly on-demand gig economy jobs are disproportionately disadvantageous to women, those in poverty, and especially the intersection of the two.

This study underlines the damage of rideshare companies to public transit

Ready to get your home in great shape?

Be prepared for your next fix! Get a new lesson in your inbox weekly: